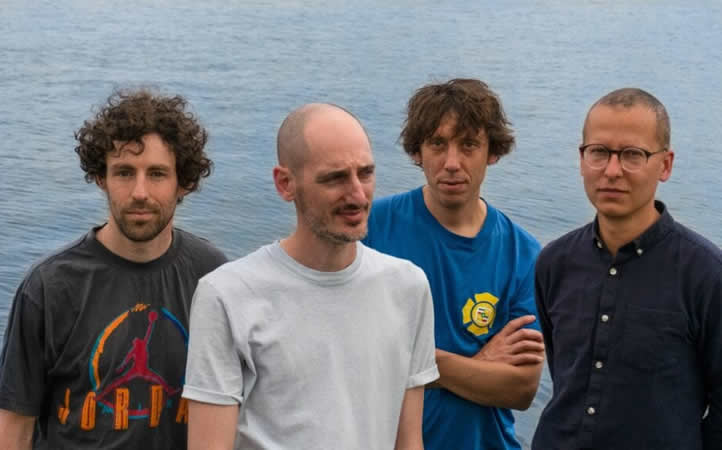 Founded in 2012, Amsterdam’s Naive Set makes melodic, no-frills guitar pop. The band came together around a shared love for the pop classics of the Beatles, the Beach Boys, the Velvets, the Modern Lovers, and the like. Their first record, 2014’s Reclini ng Nude, was a collection of short songs, rich with four-part harmonies. The band returned in 2015 with a fuller sound on the L P Dragon, mixed by Jason Quever (Papercuts). The record was described as “sparkling” in a four-star rating by the Volkskrant. Their performance at Noorderslag in 2016 was “the highlight of the festival” according to K indaMuzik. Naive Set has shared the stage with like-minded bands such as Chain &amp; the Gang, White Fence, Crystal Stilts, Ultimate Painting and Nap Eyes. They’ll return with a new album in 2018, recorded in London by James Hoare of Ultimate Painting. While, in the past they’ve been described as “charmingly naive”, these new recordings may reveal a less innocent Set.