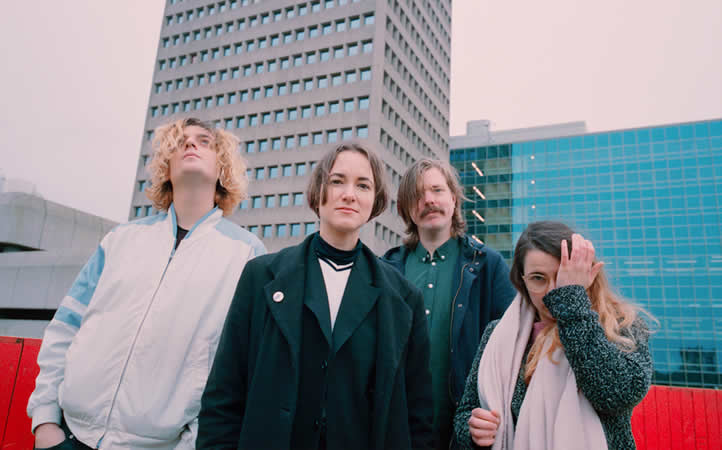 Rotterdam-based quartet  Neighbours Burning Neighbours  is unfazed by chaos. In fact, the band’s music could be considered something of a safe space for chaotic skirmishes and impulses; a formidable, malformed brand of noise-pop that pierces through the void, achieving joyous harmony in strange juxtapositions. This all ties into the name: it derives from a passage in coroner Caitlin Doughty’s book ‘From Here to Eternity,’ which explores how different cultures care for the dead.  First single ‘Grace’  is an exemplar to Neighbours Burning Neighbours’ winsome chemistry and composure, each musician leaning into the song with maximum exuberance. The guitarist/vocal tandem of Alicia Breton Ferrer (who also plays in burgeoning noise outfit The Sweet Release Of Death) and Daanie van den IJssel go tête-à-tête with the glee of a varsity cheerleading squad, incisively building and rallying up the band’s collective swagger. Second single ‘Softly’ meanwhile, is more of a slow-building white-knuckle ride that scrambles to reach that unmitigated state of euphoria. Neighbours Burning Neighbours’ infectious and combustible dynamic – especially as a live unit – is something they immediately hung their hat on in the formative stages. Live sessions of ‘ Lunar Hair Care ’ and ‘ Hesitate ’ (which found its way on BBC3’s Late Junction) garnered attention on a very organic level.