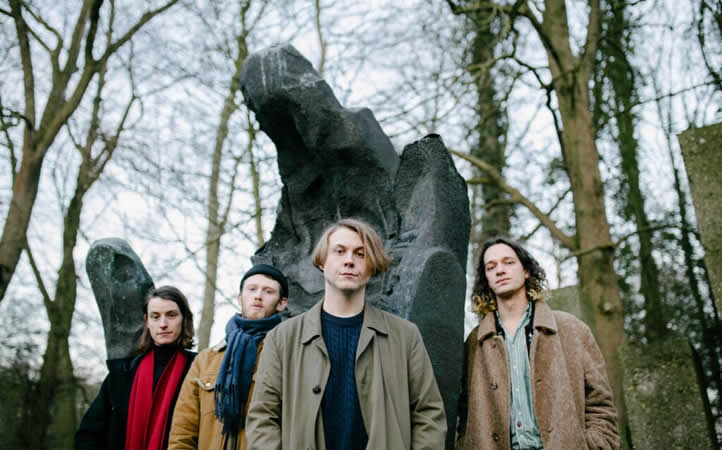 The timesaving aspect comes from a shortcut made in the brain during the proces of accumulating the melodies and words that fill the bands debut LP. Price focuses it’s energy as an outlet for the mental blockades one forms within themselves. Channeling that emotion into a narrative, and that narrative into a song. To explain complex scenarios and set the table for them to be worked through, processed.

A shape changer in the literal form. While the line up of this band has changed quite quickly over the course of their two year existence, many of the band members respectively change their shape ever so often. From Leon Harms, who is most known for his work behind the drums, to Sjors Schaap who lends his formal training in music to the collective. As with both Marnix Visscher and Nigel Slaa having been involved in other projects as well.

Earthquaker. From the opening of the debut LP this concept is cemented into the listeners brain. A low floor tom over an eerie drone funnels it’s way into the ears. The sounds of a giant approaching, as the rubble and soil underneath begin to quake. The toms get louder and erratic until it combusts into an opening salvo of sludgey riffs that mark ‘Remains of Dwellings’.

The theme shows itself to be less one dimensional than previously thought as the band shifts effortlessly into ‘Medic’, a quick paced anthemic rocker that feels less pressing and damp than the opener. Before taking a complete left turn as the title track of the record ‘Timesaver’ opens with an acoustic guitar, naked in the middle of a marble hallway. Visscher’s voice sounds frail as he laments over our lack of understanding of the cosmos we’re lucky to be living in, making a full circle in the first three songs.