The Sweet Release of Death 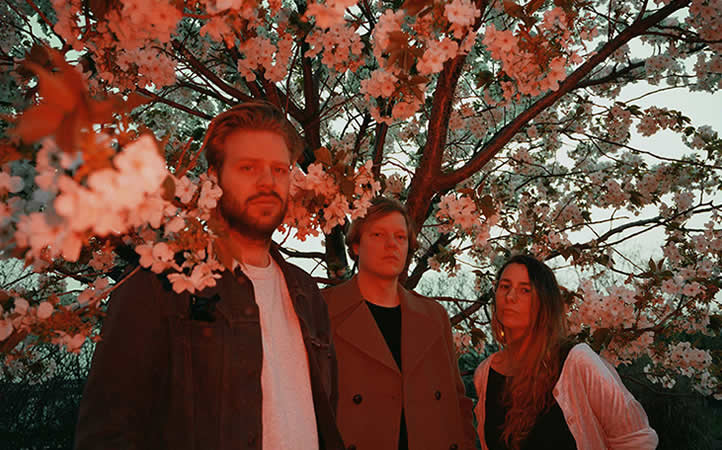 Only two things in human existence are certain: you are born and you die. What you do in-between is ultimately moot within the great universal void. Rotterdam’s formidable The Sweet Release Of Death understand this perspective all too well. Living out life means that, more often than not, you make a ridiculous mess of it, and it’s those tiny triumphs in-between that drive you to wake up every morning. Even before starting The Sweet Release Of Death, Alicia Bretón Ferrer (vocals/bass), Martijn Tevel (guitars/effects) and Sven Engelsman (drums) have nurtured a deep decade-long friendship that upstages their vastly different personalities and opinions. Bretón Ferrer’s father Carlos, a musician who spearheaded the Latin-American folk band Taïta, once described their music as “a tree with three different branches, organically snaking to stubborn, impulsive trajectories, but fundamentally tethered to the same roots.”

The Sweet Release Of Death’s forthcoming third album The Blissful Joy Of Living could be considered a playful counter-statement to their own name. Over the span of six songs, it offers an acute glimpse of a band mired in total disarray, struggling to progress from the freewheeling recording methods that fueled their acclaimed self-titled predecessor. The Blissful Joy Of Living’s punctual makeup, clocking in at just 19 minutes and 28 seconds, is an honest symptom of three individuals driving their creative limits to the point of absolute exhaustion.

Overall, The Blissful Joy Of Living offers a more textural, gritty listening experience than the previous two LPs. Instead of embodying the spectral presence of previous recordings, Bretón Ferrer’s bruised squalls on ‘Hey’ are every bit the match for Tevel’s slivered and abrasive guitar pounces. The panic-ridden ‘Ponytail’ and the caustic gaze of ‘Orange Blanket’ see The Sweet Release Of Death frantically reaching for their core instincts, in all-out survival mode. Perhaps for the first time, the brimming energy of their live shows, with Engelsman’s propellent playing cut completely loose, is captured in the recording sessions.

From the volcanic cascades of ‘Sick Girl’ to the majestic jet-engine surge of ‘Sway’, The Sweet Release Of Death prove that even at their most unhinged, the singular chemistry they’ve built, the trio scrambles moods like vitriol, bliss, hysteria and comedy in refreshing new contexts. The album bookends with a glimpse of a new, more abstract direction with ‘The Weather Is Great Today’, an organism that propels itself with gyrating drum computers and buzzing guitar drones.

A fitting closing cut, given The Sweet Release Of Death’s willingness to exhume the darkest thresholds of humanity to find respite. Indeed, it’s easy to interpret The Blissful Joy Of Living as yet another sarcastic quip outlining the meaningless of it all. But even within its concise makeup of six songs, this album – and make no mistake, this is an album – stands as a deeply-felt document of triumph. Like our tiny frantic little planet drifting in this deep dark void, it’s a testament to the closest of kinships, a vast domain that can withstand even the most conflicting of forces.

“They have blossomed into a tough, proto-Gothic noise act of real potential” – The Quietus

“Ear-splittingly loud with traces of both My Bloody Valentine and every band to proudly wear the title “goth,” this is Dutch underground served with a side of bombastic swagger” – Bandcamp Daily

“New track ‘Sway’, taken from their forthcoming record, is a shattering song that
nonetheless has an infectious groove buried amid the maelstrom” – Drowned In Sound