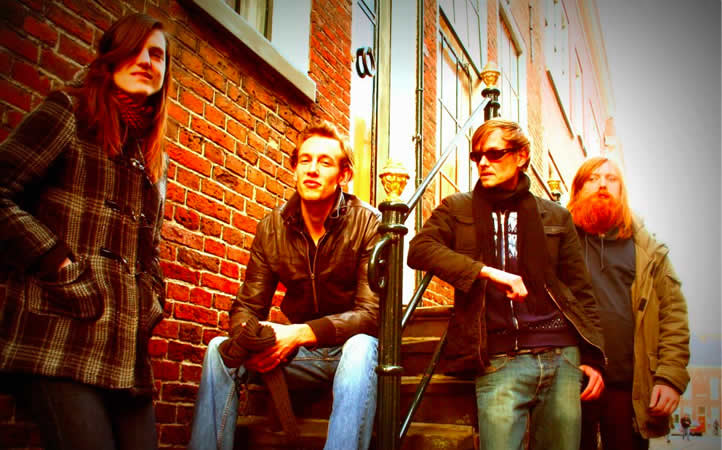 It’s refreshing to note that not everyone feels that there’s no time for anything. And
sometimes – just sometimes – good things do come to those who wait: like Vox Von Braun LPs. Rich &amp; On Wheels, the band’s first long player since 2008’s Something Ain’t Wrong, is a brilliant display of warm textures, witty asides and hooks so strong you could hang your coat on them. As ever it chronicles the comings and goings of the band, and their laconic take on life in the margins. It’s not all subterfuge and bozo cynicism, however. There are some moments of untarnished, bejewelled beauty on the record, threewise silver-flamed almost; where the chance to grasp something softer, purer, more worthwhile is there just out of reach, just needing that extra little step. Smashing open the gates of heaven and all that jazz. The LP’s creation has taken in many places and a whole host of like-minded and supportive people: the recording in Brighton with Electric Soft Parade’s Matthew Twaites at the controls and the mixing of half the LP by Peter Hayes from BRMC, (who offered to chip in with the mixes after Vox supported his band at the Vera). Closer to home, Amsterdam’s sonic poets Spilt Milk turned out to help build the vibe. We should also mention the inevitable pub visits along the way – sometimes with members British Sea Power, Brakes and ESP joining in the fun. And was that really lemon rum, or washing up liquid? Some things are best left uncovered. But this record isn’t. It’s a beautiful thing. It’s 2008 innit. Richard James Foster