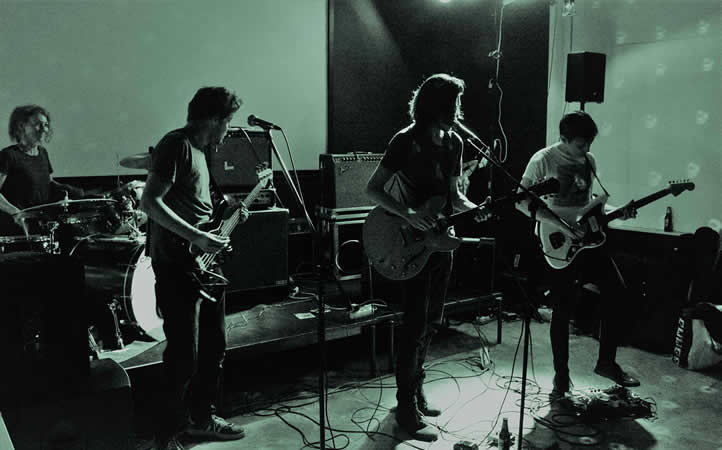 Cementing their cult status with bursts of infectious energy since 2010, Apneu have been called the headmasters of the buzzy (abovementioned) Amsterdam School of Catchy Guitar Pop. But where do you go after ten years? For their fourth studio album, Apneu traveled to Stuttgart to record with acclaimed producer Ralv Milberg (Die Nerven), and returned with a surprise. ‘Silvester’ finds the band jolting into their second decade with a newfound sense of urgency, exploring new moods and sounds. Recorded live in an inspired five-day streak, the album is somehow both their rawest and most accomplished. Confidently, Apneu add to their palette a cutthroat sincerity, ominous noise and dissonant melancholy. At the same time, it’s all still there: the top notch songwriting, the good hair and a trademark restlessness that serves as a surefire guarantee against boredom.